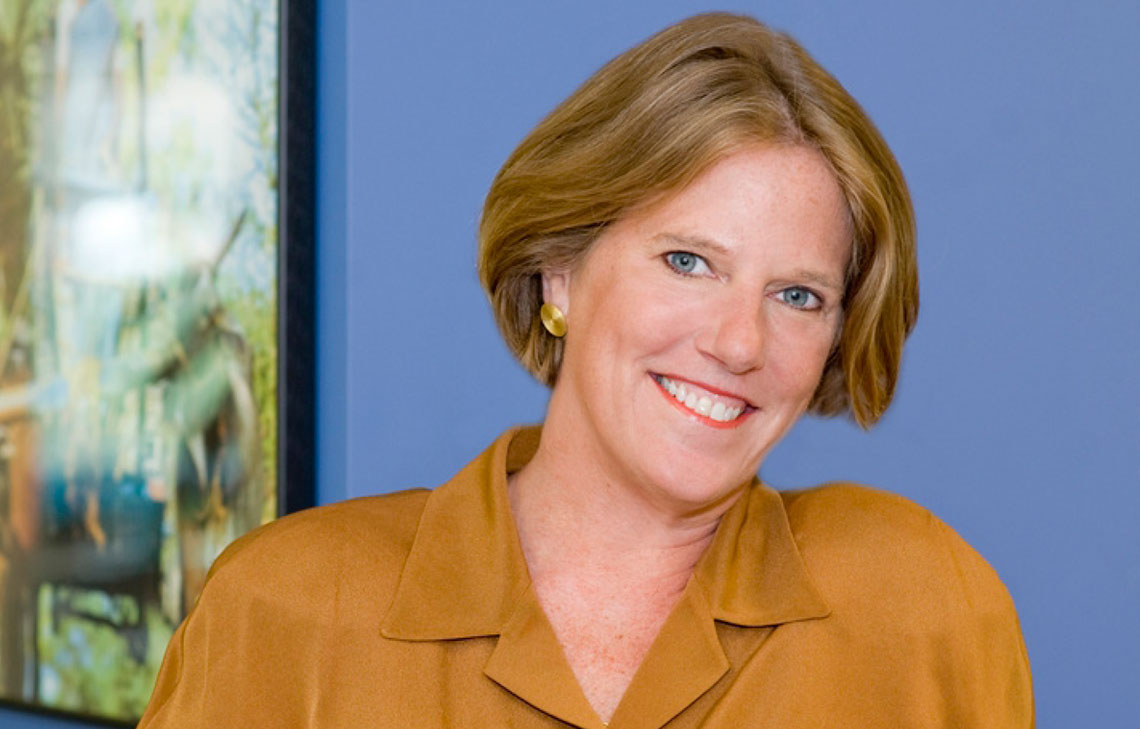 It was the summer of 1986. A motorcade, complete with flags at the headlights and press cameras, was waiting at the Bamako airport in Mali to welcome a visitor arriving from the United States. There was much anticipation for her visit both from President Moussa Traoré and the opposition party. They had heard this visitor was coming to help set up a “bank” for women and both had planned competing banquets that evening hoping to be seen as a sponsor or champion of the new bank.

Elizabeth Littlefield was not prepared to receive this high level attention. After all, she was young and had little experience in Africa. She was expecting to roll up her sleeves and work (anonymously!) to help the fledging Women’s World Banking affiliate in Mali (which Women’s World Banking headquarters believed needed banking and finance support), but somehow she became a political football. Nevertheless, Elizabeth reflects on that first trip to Mali as a turning point when she fell in love with Africa and set herself on what would be a career-long path of development work. This would only be the first of many stories in her journey as an advocate for access to financial services and the role of business and the private sector in development.

Elizabeth was raised with a commitment to helping others. After graduating, from Brown University, she became an investment banker at J.P. Morgan. Though she had what many would consider a dream job, she was determined not to let Wall Street swallow up that commitment to helping those less fortunate. Soon, she started a program that delivered end-of-week food from Wall Street delicatessens to elderly women in Harlem. In need of a loan for the program, Elizabeth reached out to meet with Women’s World Banking. To her surprise, this encounter became a lifetime engagement.

Women’s World Banking was founded in the 1980s through the concerted efforts of women leaders from around the world. It was an inspiring and powerful movement that attracted “pied pipers” like Lilia Clemente, the first to lead Ford Foundation’s investments in emerging markets; Mary Okelo, the first African woman to be made manager at Barclays Bank; Christina Hayanga, head of Women’s World Banking in Africa; and legendary financial inclusion pioneer Ela Bhatt who founded India’s Self-Employment Woman’s Association.

Elizabeth joined Women’s World Banking when it was transforming itself from a movement focused primarily on pioneering profile-raising and agenda-setting into a more formal institution focused on performance and impact. Many early Women’s World Banking member organizations were deeply committed to economic empowerment for women but lacked financial training and skills to run a microfinance institution. In some countries, loans were given to women without any attempt to establish creditworthiness; loan officers lacked credit skills and the microfinance schemes were actually housed within Ministries and government organizations.

That first meeting with Women’s World Banking took place in New York when Elizabeth was in the J.P. Morgan management training program. And rather than coming away from the meeting with a loan, she came away having promised Women’s World Banking’s founder Michaela Walsh to write the first loan officer manual for member microfinance organizations using her newly minted credit skills from J.P. Morgan. But Elizabeth wanted to help more directly.

“Most of the heroes in my life were the actual microfinance clients I worked with who modeled such bravery, resourcefulness and commitment to their families…”

The opportunity came in 1989 when Women’s World Banking asked her to help set up a new Gambian affiliate. She was granted the first-ever leave of absence at J.P. Morgan by the President, Lewis Preston, to go and live in Gambia (which at the time had not one inch of paved roads!) to get the organization up and running. She flew to Gambia early to meet with the organization’s board with high hopes of contributing to real change for women.

However, her presence received polite but lukewarm reception. At first, the newly ormed board did not understand why Elizabeth was selected by Women’s World Banking headquarters and not by them. Over the next few months, through working hard together operationally, trust grew and the relationship became strong and effective. Then a miscommunication between Women’s World Banking in New York and the young Gambian affiliate around who was to pay Elizabeth’s expenses almost destroyed that trust. This misunderstanding, combined with a friendship she had developed with a local whistleblower who was calling out corrupt government officials, caused her to come under threat. At one point, the marabouts (witchdoctors) targeted her and the only local gas station refused to sell her gas; she did not have a phone, email or even a fax to seek support from home.

This proved to be a valuable life lesson that underscored the power of being authentic and empathetic—to see things from the perspective of others. “That we rebuilt trust and worked it out so successfully in the end made me more proud than any multi-million dollar bond mandate I might later win. Why? Because I had to rely on nothing but the raw me. No credentials, no college degrees, no networks, no corporate brand counted for anything in that context. It was really just my word, my commitment to the project, and my respect for the people there,” recalls Elizabeth.

“What I learned is that if you are completely genuine and frank about your motivations, even though it can be difficult, you can build trust when many other factors are creating mistrust.”

At a time when many believed that more donor money was the solution to development challenges, Elizabeth’s lessons in Gambia were the early days of new development approach that required “humility, respect and the belief that local solutions were needed for sustainability.”

It was perhaps for this reason that Elizabeth called Ela Bhatt her hero. Having founded the first women’s bank in India in the early 1980s, Ela served as first the Chair of the Board of Trustees of Women’s World Banking. “Most of the heroes in my life were the actual microfinance clients I worked with who modeled such bravery, resourcefulness and commitment to their families,” Elizabeth says. “Ela Bhatt embodied those traits as well as leadership—humble and wise, yet powerful and effective leadership.”

In 2010, Elizabeth was appointed as the tenth Chairperson, President and CEO of Overseas Private Investment Corporation (OPIC), the U.S. Government’s development finance institution. OPIC’s mission is mobilizing private capital to address global development challenges. Run like an investment bank, OPIC’s $20 billion portfolio of loans and insurance is invested in power and infrastructure, housing, microfinance and other key sectors across 150 countries. Building on her experiences with Women’s World Banking helping women all over the world, Elizabeth emerged in this position as an innovator committed to development and economic empowerment. In 2012, she was presented with the Secretary’s Distinguished Service Award, the highest award in the Foreign Service, by former Secretary Hillary Clinton. At her swearing-in ceremony, Clinton hailed Elizabeth “a born innovator—one who not only thinks outside the box…but also lives outside the box.”

Elizabeth says she is motivated by the prospect of harnessing private capital and business to be a force for good in the world. To do this, respectful, generous and efficient partnerships between public sector entities (like OPIC) and businesses are needed, since neither the public nor the private sector can solve the world’s challenges on its own.

To close, I asked Elizabeth for one piece of advice for my “millennial” generation. She said, “We grow up in this country with confidence boosters, told that America is the smartest, best and has all the answers. More often than not, our confidence means we are blinded from really seeing and learning from others. Approaching people from other cultures, other walks of life, other backgrounds, or other generations with humility and reverence is a way of quieting the mind and receiving wisdom that can come in shape and forms which we are not accustomed to.”

Ying Gao joined Women’s World Banking through the “Women for the World” post-graduation internship created between the organization and her alma mater Bryn Mawr College in 2013. She is now the associate of business development, supporting product development and technical assistance to Women’s World Banking’s partner financial institutions.