Frances Sinha: A Social Enterprise Innovator in Her Second Home of India 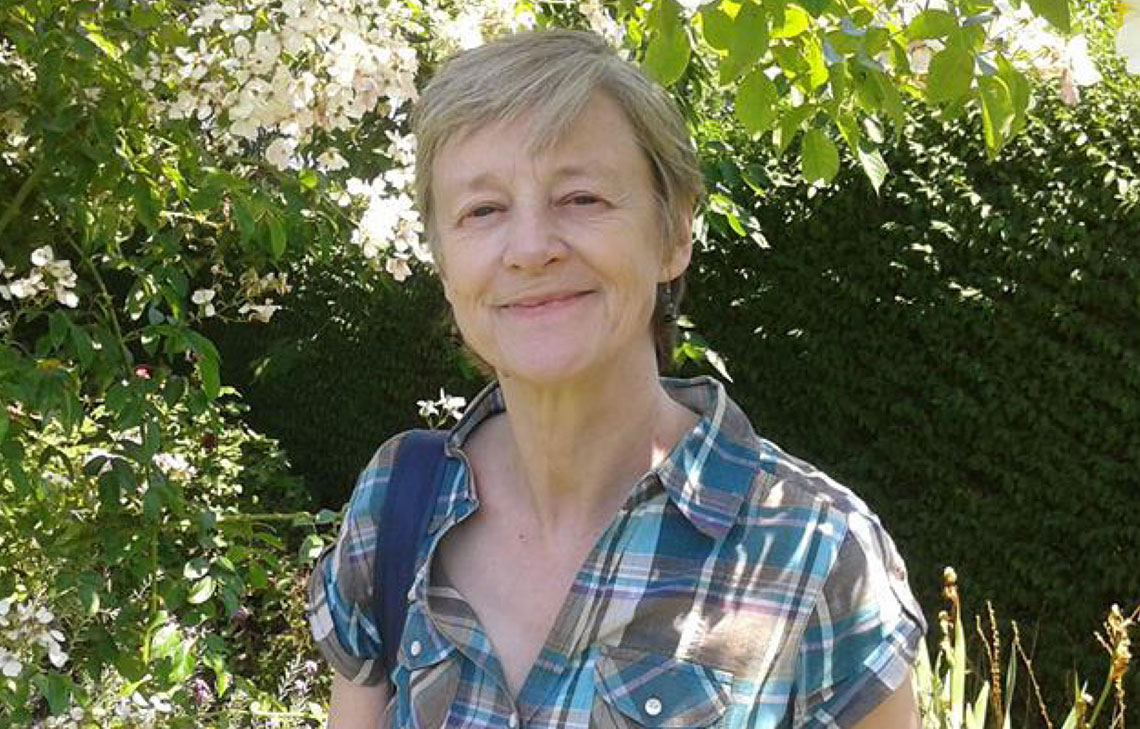 Leonor Melo de Velasco: Growing Hand-in-Hand with the Women of Colombia
Mercedes Canalda: Legacy of Innovation and Empowerment of Women, the ADOPEM Story

Frances Sinha is a versatile entrepreneur who has worked extensively in the development sector in several countries across the globe. She hails from the United Kingdom and is a graduate of Oxford University and the London School of Economics. Frances co-founded EDA Rural Systems, one of the leading social enterprises in India. Through the years, Frances has filled many roles—consultant, advisor, project director, trainer, team leader and more—in her mission to empower the poor.

Frances’ parents provided an environment for her to develop as an individual and professional. She learned the essence of ‘equality’ from her parents who always treated her on par with her brothers. “My parents never made me think I am less important. I had equal value and equal investment was to go into my future,” Frances recalls. Her mother was inspirational, working as a civil service professional after World War II during an era when there was low acceptance of women working professionally in government. “She had to face huge challenges on how to be professional. There was little understanding on work-life balance, and women of her generation had to fight for that. It was then that I realized that life is not easy, it is not straightforward but whatever you chose to do, you have to do,” says Frances. The motivation given by her father took her a long way in her professional and personal life as well. “My father was very thoughtful and reflective. He was someone who would always push us to do things, think about what we wanted and what we were doing.”

When Frances was graduating from university, the UK economy was showing early signs of recovery after World War II, which produced different work opportunities. “I thought I could try for the civil service like my mother or become a teacher or get into the field of computers, which was growing then,” she says. “But I felt that the real issues for development were happening elsewhere. They were in South Asia and Africa, where development really meant ensuring a decent quality of life for people.”

Economic Development Associates (EDA) was the brainchild of Frances and her husband, Sanjay Sinha, whom she met in the UK while completing her higher education. “Both of us were fundamentally interested in applying our education and skills for development in India,” says Frances.

Frances and Sanjay established EDA when some were skeptical about whether existing development projects in India—undertaken by nonprofit organizations and funded by the Indian government and international agencies—were able to deliver tangible results. Founded as a partnership firm in 1983 in Lucknow, the capital of the state of Uttar Pradesh, EDA was dedicated to practical research, training, capacity building, and professional management and implementation services for development. During the 1990s, EDA relocated to the city of Gurgaon near New Delhi, developed a consultancy focus on livelihoods and enterprise support, and expanded into the emerging field of microfinance. EDA registered as a private limited company in 1997.

“We established EDA as an enterprise and private limited company rather than an NGO since we wanted to earn our way and wanted it to grow. We wanted the business to be sustainable and not dependent on government funds or any other source,” says Frances.

Apart from establishing one of the largest social enterprises in India, Frances made several other significant contributions to the social sector. She founded EDA Rural Arth Vikas, a wing of EDA dedicated to developing and implementing rural livelihoods programs. She also laid the ground for the globally-recognized rating institution M-CRIL. The development of the Social Performance Rating Tool through M-CRIL is a key initiative in the history of microfinance. The tool evaluates the contribution made by microfinance institutions to achieving development goals. It complements financial rating and incorporates social performance standards defined by two global initiatives—the Smart Campaign and the Social Performance Task Force (SPTF).

Frances has strived to make a difference to the lives of women and people at the bottom of the pyramid. She visualizes a better tomorrow, with inclusive growth and equality for women.

Frances believes that the Social Performance Rating Tool encourages microfinance institutions to be more conscientious about their social accountability and provides investors with a means to assess this performance. She feels that this concept should be adopted by other financial institutions outside of microfinance as well. “One of the challenges, particularly in India, is that bankers don’t seem to be interested in social rating,” she says. “They are interested in client protection, but the bottom line is more financial.”

Frances also played a pivotal role in designing the Seal of Excellence for Poverty Outreach and Transformation in Microfinance for the Microcredit Summit Campaign in 2011, which was later branded as Truelift. The seal recognized institutions with optimum outreach to the poor leading to notable transformation in their lives.

An experience Frances says was close to her heart was the work she did for India’s National Dairy Development Board and Operation Flood. She was asked to research and analyze whether there was a future for women dairy co-operatives. As a part of this project, she interacted with the households, and specifically women engaged in dairy farming; she found that the role of women in this sector was much more significant than it appeared.

“Typically the work of looking after the livestock is done by women,” says Frances. “But when it comes to managing the money and being a part of the institutions and co-operatives, women were nowhere to be seen, because there could only be one member from each household in the co-operatives and that was invariably the male. When given the opportunity, and with the support of their husbands, women could, however, play a leadership role.” A key lesson from her experience was that field work—interacting with people and gaining insight into their lives—is the key to success for any entrepreneur.

Throughout her corporate journey, Frances has strived to make a difference to the lives of women and people at the bottom of the pyramid. She visualizes a better tomorrow, with inclusive growth and equality for women.

She says, “I still see, despite some economic growth, the same sort of development issues that I saw when I first came to India, especially in certain pockets like Eastern Uttar Pradesh. There are still lots of issues. There aren’t toilets in rural areas, and security is still a concern for women in the country. Women should be safe and respected.”

“It is absolutely fantastic for women to be entrepreneurs,” she adds. “All I would like to say is: have goals in your mind and be a go-getter. Along the way you will have different sources of support—your parents, husband and your family. Take your family along with you and at the same time maintain your individuality.”

Further Reading:
A video by the Microcredit Summit Campaign of Frances speaking on the Seal of Excellence in Microfinance
Micro-Credit Ratings International Ltd.
EDA Rural Systems
TrueLift
Papers and articles by Frances Sinha:
“MIS as a potential catalyst for social performance management” (with Rupal Patel and Nitin Madan)
“Beyond ethical financial services: Developing a Seal of Excellence for Poverty Outreach and Transformation in Microfinance”
“SHGs in India: numbers yes, poverty outreach and empowerment, partially”
“Social Rating and Social Performance Reporting in Microfinance: Towards a Common Framework“
“Access, use and contribution of microfinance in India: Findings of a national study”
“Microfinance and women’s empowerment: research approach and findings from an impact assessment of MFIs in India”
“Sustainability and development: Evaluating the performance of Indian microfinance”
“Appraising costs and quality: a theoretical framework”
From Indifference to Active Participation: Six case studies of natural resource development through social organisation  (with Sanjay Sinha)
“Only wicked women go to market!”
A book by Frances Sinha: The Blue Revolution: Women in inland fisheries
A book edited by Frances Sinha: Microfinance Self-help Groups in India: living up to their promise?

Sneh Thakur joined Ujjivan in April 2008 as part of the institution’s first round of management trainees. In her seven- year stint with Ujjivan, she has handled different roles and led important assignments in finance and credit. She currently heads Ujjivan’s Credit Department.